The first cohort of graduating King-Morgridge Scholars features an IIP alumna as well as a student instrumental in establishing a new internship abroad. 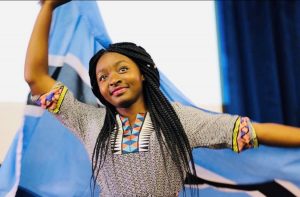 Miranda Tichareva interned with the Madison Children’s Museum (MCM) and Play Africa, a children’s museum in South Africa, through IIP in 2019. She graduated this spring with majors in Community and Nonprofit Leadership and Psychology.

Lusayo Mwakatika was critical in establishing an internship with the Associated Center for Agro-based Development (ACADES) in his home country of Malawi. In his role as the president of Project Malawi, a student organization, Lusayo spearheaded the partnership between ACADES and Project Malawi as well as IIP, with virtual interns supporting ACADES’ work during summer 2o21. He graduated with a degree in Agricultural Business Management. Additionally, Lusayo gave a graduation speech at 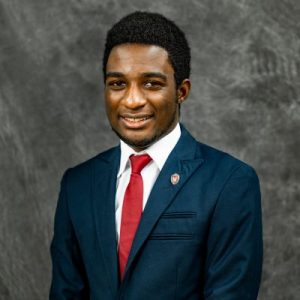 The King-Morgridge Scholars program is made possible by the King and Morgridge families, who endow six scholarships each year to enterprising, creative young adults committed to poverty alleviation. Participants are selected from countries in Africa, Latin America, South and Southeast Asia, and the Caribbean.

Excerpts from the International Division article, “Celebrating the first graduating King-Morgridge Scholars,” center on Miranda and Lusayo’s experiences with IIP.

During this 9-month internship, Tichareva interned at MCM, leading a program that teaches children about the differences and similarities between the American and African cultures. It also gave her an opportunity to shadow various roles at the museum while learning more about the operations side of the organization. She then brought that experience to Play Africa in Johannesburg—a South African non-profit dedicated to creating safe and inspiring learning spaces for children. As an intern with Play Africa, she learned the inner workings of an NGO and interacted with children and families.

“At Play Africa, I taught staff a lot about what we do at MCM, and they taught me a lot about how they operate,” said Tichareva. “It was a cultural exchange that I really loved being involved in. Spending time with children, I was able to put my psychology knowledge to use because I have taken a lot of child psychology classes. Plus, I got hands-on experience with non-profit boards and non-profit missions—both which I was learning in the School of Human Ecology. So, this internship was a perfect fit given both of my majors.”

Mwakatika has focused on building connections and experiences that will help him further his vision for Malawi. As president of the student organization Project Malawi, he led fundraising efforts for various agricultural organizations in Malawi. He has even used his connections to build a bridge between the UW based Project Malawi and the Associated Center for Agro-based Development (ACADES). ACADES focuses on changing the mindset of Malawi’s youth and aspires to redefine agriculture, promoting it as an attractive and lucrative business for young individuals. Ultimately, this organization aims to promote youth growth and spur economic development for individuals as well as the entire nation.

Mwakatika first worked with ACADES during his gap year following high school. After enrolling at UW–Madison, Mwakatika continued to maintain a close relationship with the organization, not only creating a connection between the Madison and Malawi organizations, but also in facilitating a new opportunity with the International Internship Program. CEO Hasting Nhlane even visited campus, to speak in agriculture classes and meet with students in Project Malawi.

Additionally, Mwakatika and Nhlane discussed microfinance and how the organization could make a further impact in Malawi by starting programming in that area. Mwakatika already had extensive experience in this area, having interned for CARE in Malawi, where he assisted with a research project to study the effects of loans versus in-kind gifts such as food and supplies. A few months later, Nhlane offered Mwakatika a job with ACADES—leading the organization’s new microfinance initiative. 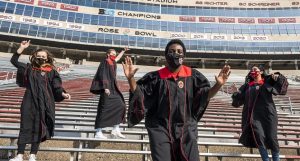 He will begin his new role in June. Mwakatika said he sees microfinance as a way to empower farmers and help them to grow long-term. As farmers pay back loans, others will be able to apply for funds, creating an environment of prosperity. It is a role perfectly suited to him given his interests, educational background, and professional experience.