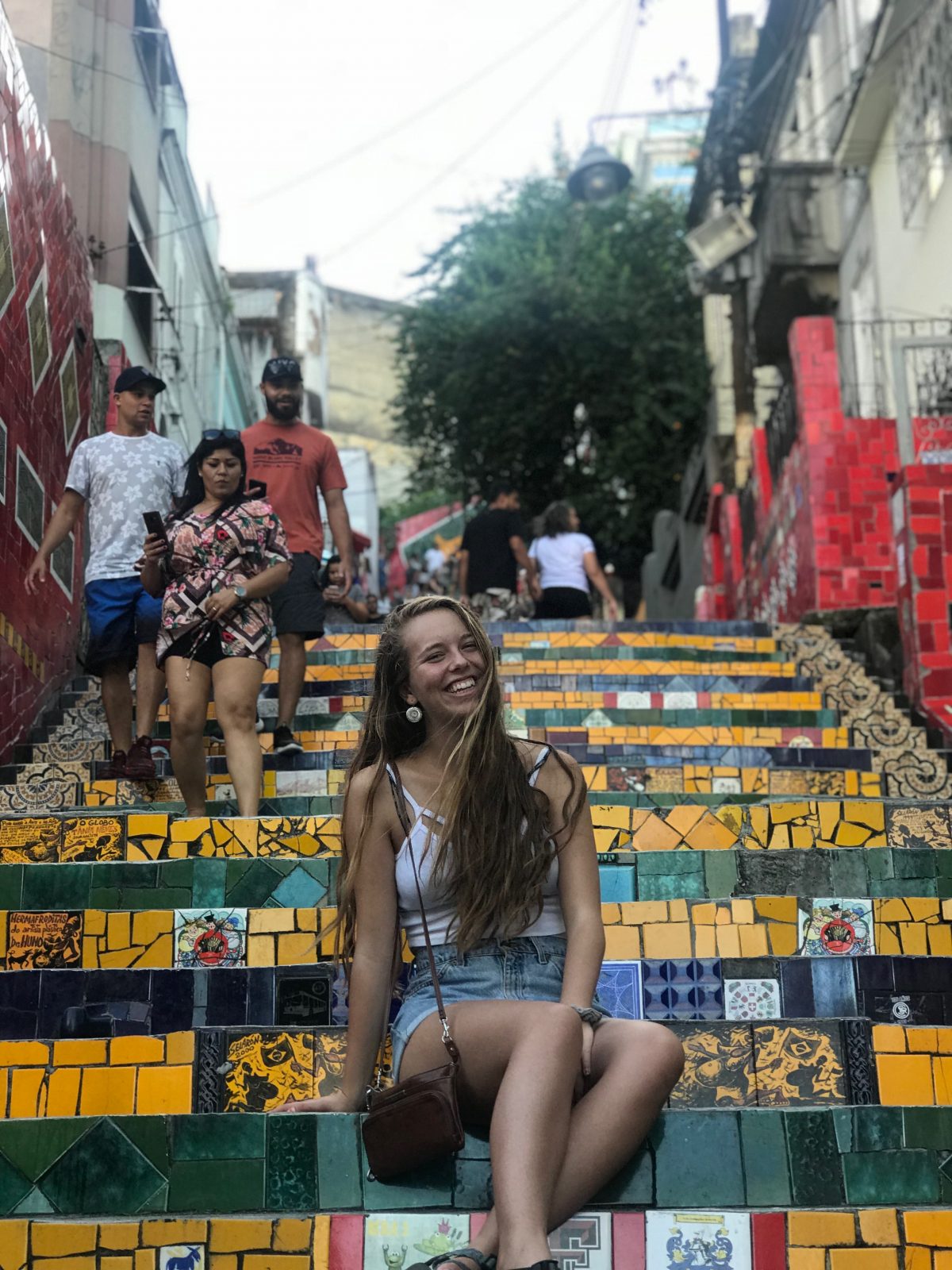 When Perez’ mom played games with her as a child, she spoke German. Perez’ father told her stories of his time in France and Spain, hitchhiking cross-country with truckers — though he advised her never to follow suit. One of her older sisters works as a travel writer, and the other lives in the United Arab Emirates.

“I think I’ve always loved it because I knew my parents did,” Perez said.

The UW-Madison senior has carried on her family’s love of international travel throughout her studies at UW, making her way to Germany, Brazil, and most recently Costa Rica.

Her journey with the university’s international programs began fall 2016, her freshman year, when she enrolled in a German language class. She had experience with the language — her mother frequently spoke German at home and introduced her to German literature and television, though their primary language was English. She even travelled to Germany frequently in her childhood—particularly to southern areas of the country where her mom’s family lived.

Perez pursued more language classes and continued to develop the skills she needed to converse with her family in Germany.

She decided to put her German skills to the test by taking part in an internship abroad. The summer after Perez’ sophomore year, she participated in an internship program in Aachen, Germany.

In Aachen, she completed a research internship through the International Economic Relations Institute at Rheinisch-Westfälische Technische Hochschule Aachen, which she found through UW–Madison’s International Internship Program. She focused her research on measures of economic freedom and its relationship to air pollution. All research was written in English, but Perez held most conversations during the internship in German.

She continued to challenge herself the following school year, as she travelled to Rio de Janeiro, Brazil in the spring to study abroad and intern with BRICS Policy Center.

The nervousness of living in a completely new place hit her almost as soon as she stepped off the airplane in Rio, she said.

When Perez arrived in Brazil, a country with less than five percent fluent English-speakers, the only Portuguese phrase she knew was “thank you.” Her host mom spoke no English, which tested their communication methods. The lack of English forced Perez to learn quickly.

“When I would try to switch over to English in conversation, people would just tell me to continue in Portuguese,” she said. “My Portuguese is terrible, but they would always tell me it’s great. I think they saw that I was trying, and they understood.”

Perez said this type of welcoming and supportive atmosphere left the greatest impression on her.

“When I told people I was going to Rio they told me I needed to be super careful,” she said. “It’s really easy to think that about places you’ve never been. Of course, you need to exercise caution, but I met so many amazing people who helped me along the way.”

During her internship at BRICS Policy Center, a think tank where she worked on the Socio Environmental Forum, Perez was one of the only native English-speakers, and she utilized her expertise to help the organization. She edited the policy statements and newsletters, and helped organize a 3-day seminar in the spring with guests from all around the world.

Perez continued her exploration of the world last summer when she travelled to Costa Rica to conduct research on student network improvement at the Universidad de Costa Rica. Her internship focused on improving student research experience and quality, in order to increase eligibility for future professional opportunities, ideally in the U.S.

The Glendale, Wisconsin-native will graduate spring 2020 with a degree in German, alongside Economics and a certificate in Global Health.

Before she graduates, Perez will embark on one more trip with her whole family. In January, they will head to Al Ain, UAE to visit her sister. The UW senior is certain about one thing as she heads out into the world: she plans to continue her international adventures – whether living abroad or pursuing a career that allows her to travel.

“I’ve enjoyed all those experiences [abroad] so much,” she said. “I felt like I really challenged myself and I’ve seen the most growth in myself during those times.”

View the original article from the UW-Madison International Division here. To learn more about the internships opportunities available at the International Internship Program, visit our database!