**Hasan Nadeem interned abroad during the summer of 2014 through IIP** 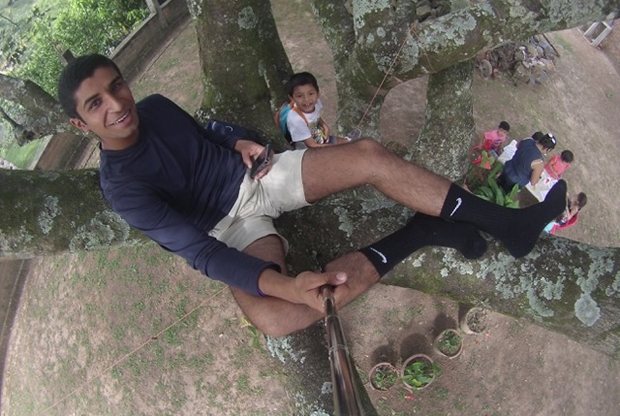 For UW-Madison junior Hasan Nadeem, what began as a journey of independence, became a life-changing adventure in community.

Since high school, Hasan has traveled each year rural Santa Ana, Honduras, providing health and clinical support for a population living with scarce resources. But after the fourth trip, he realized there was something else he felt he had to do for the village and the community.

“It wasn’t enough just to go every two weeks out of the year and just sit in the clinic and move around pills and stuff,” Hasan said. “And that’s where I first had the idea.”

The biology, economics and global health student dreamed of an ambitious six-month nutrition project for the village. He believed he could move beyond the parameters of his usual service trips to build something of his own.

After a three-week study aborad trip to Sri Lanka, trip chaperon Shafia Powell told Hasan to look into the Morgridge Center for Public Service at UW-Madison, where Hasan found the Wisconsin Idea Fellowships. The Fellowships helped his ideas become reality.

Hasan’s proposal, guided by faculty mentor and Global Health Institute Associate Director Lori DiPrete Brown, was one of nine accepted for a Wisconsin Idea Fellowship in the 2014-15 school year. But a series of unforeseen events ended up leading Hasan on a much different journey than the one he proposed.

Read the full story from the Morgridge Center